A Couple of Reviews 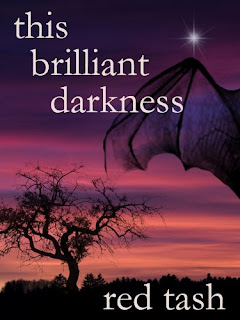 I'm currently on a two week vacation from work, as some of you may know. It came at a good time, since I ended up catching that cold that many of you were sweet enough to offer well-wishes for. I particularly enjoyed reading your medicinal concoctions from the top shelf which promised to get me back on my feet. Bless all of you for both, my dear friends.

You'll be happy to know that I did, indeed, sleep a lot and spend couch time watching dvds. I typically get 6 hours a night and maybe 7.5 on Friday night (Saturday is my one day to sleep in). When the cold hit, I slept 12 hrs. The second night I slept 11. I'm rarely cold, so when I started feeling chills on Christmas Day evening, I knew I was in trouble. Advil finally helped, but I spent a lot of time wrapped up.

Since Santa had brought me my traditional stack of movies, I caught up on both old and new films. I watched the classic Guess Who's Coming to Dinner. Still love that one. I saw X-Men: First Class and came away impressed. I finally saw Cowboys & Aliens. It was a bit long, and obviously unsettling because it is so genre-bending, but otherwise good. I finally saw Spielberg's Artificial Intelligence. Still don't get that one. I love Spielberg, but there was probably a good reason why I avoided that one for so many years.

Since I didn't feel much like trying to write, seated on a stiff chair at the dining room table, when all I really wanted to do was bundle up on the couch, I did try to catch up on some reading, too. However, trying to read with itchy and watery eyes wasn't easy. I do want to thank everyone who held a contest this past fall/winter. It seems as if I won nearly every one of them. Not really, of course, but what I did win caused my TBR pile to fall over. Literally! Lol!

With that in mind, I would like to share with you a couple of recent books that I read.

The first one is from Author Red Tash and entitled This Brilliant Darkness. I found it to be a wholly captivating and imaginative short novel that incorporates elements of science fiction and horror; mixed with great pacing; gripping suspense; and smart, witty and believable dialogue. Interestingly, it is often told in short, quick paragraphs, as if reading long-form poetry.

The story revolves around a mysterious star that suddenly shows up over Bloomington, Indiana. Its appearance seems to be causing some people to hear and see things that are quite out of this world and draws them all together for some wonderful revealing. Soon, a monster shows up who watches the main characters and bides his time before he acts out some preconceived plan. The main characters begin to be given visions and manipulated as if pawns between the forces of light and darkness; of good and evil, to be more precise.

The novel was full of moments of beautiful description and nice touches that brought me fully into the story, and had me walking right beside the rich and fully developed characters. As I alluded to previously, reading these short impact paragraphs with their rapid fire poetic-like versus had me discombobulated initially; however, I soon learned to accept and even appreciate the artistic style. 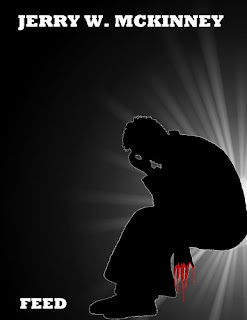 The second piece that I have recently read is by Author Jerry McKinney. It is entitled Feed, and completely restores my faith in horror’s potential when it comes to the subject of vampires. I write vampires, too, so the subject is near and dear to me. My series is an attempt at crafting something new for the subgenre. McKinney’s short story does this in spades.

The story begins with the main character finding himself bitten by the woman that he followed home. She feeds him her blood and he finds himself unable to stop drinking. Soon he needs more and there things begin to move very quickly and spiral out of his control. Soon, he finds himself alone to figure it all out. He struggles with the position of being half man and half monster, and must learn to control himself and to operate safely out of the watchful eyes of society, prowling the seedy back alleys, shady parts of town and the fringe characters that he finds there.

I could say more, but really do not want to unintentially give any of the surprises away. The beauty of this tale is the fact that for the beginning I fancied it being the same old-same old. The only thing that made it different was the writing. I was totally immersed as the character struggled through his new existence. I could see the sights and smell the foul stench, of not only his haunts, but his actions. The pacing was also very well done.

The pay-off came with a twist, and man was it good! What we thought we knew was suddenly tossed out of a second-storey window where we, along with McKinney’s main character, had been peeking through. We were all duped, let me tell you.

With an unexpected twist and writing that reminded me of the best of Clive Barker, McKinney surprised me and made me an instant convert. Beware reader, Feed might mean more than you think it means.
I hope you had a very Happy New Year. If not, have one! It only just started anyway. Happy writing. Happy reading. *sniffle* I've got to get back to that couch.
We'll talk soon.