Good early evening. Yeah, I know, it's rather late to be using the same heading, but it's kind of tradition now. Don't you think?

The reason for my tardiness is that we left town, following our son and his high school jazz band, choir, etc., up to Reno, Nevada for the 2010 Reno Jazz Festival. I had never been there before, so it sounded like a good idea. Thankfully, the big storm had come and gone the week before so we were able to see some really pretty snow-covered mountains, all without the use of snow chains!

Everyone did a great job and sounded fantastic. I'm not a gambler, so my thing was seeing the kids perform, enjoying the local fare and sampling the bar service. The other thing I was able to do was finish reading Patricia Cornwell's "The Scarpetta Factor".

I liked the novel, but I thought it was a bit long. It took us a long time before we got to anything of interest. I must say that I love the series and will pretty much guarantee that I'll read anything from Ms. Cornwell as long as it is Dr. Kay Scarpetta. I have read each of the Scarpetta books and am heavily invested in the characters. In this novel we ultimately are reintroduced to an old villain. As good as that particular villain was in the past, I was disappointed that this time around he was essentially just a cameo character.

For those who have read this series, Ms. Cornwell had an opportunity, I thought, to shake things up a bit by having Dr. Scarpetta's niece travel down a bad road. I also would have loved to see a resolution between Scarpetta's husband, Benton and their long-time friend, Pete Marino. Pete did a terrible thing several novels back and, though Scarpetta seems to have come to peace with it, Benton hasn't.

I think if one is a fan of this series, I would tell them to keep reading. We're all family now. If one has never read a novel in this series, I would advise them to run to the first in the series, "Postmortem". It is one of the best you'll ever read. The series is a good one. Sometimes Ms. Cornwell hits a home run with her novels and sometimes, like with "The Scarpetta Factor", she hits a solid double in the gap.

Well, I've dusted off another of the short stories that I have sitting in the vault. I'm kidding with that vault business. I have a few things laying around finished or unfinished. I haven't been writing a lot lately, simply focusing my time for publicity for "Dance on Fire". It has felt good to get the creative juices flowing again. Hopefully in the next few days I will be seeing the work to it's completion. It has elements of the ghostly, but it is not another ghost story. I don't want anyone to think that vampires and ghosts is all I can do.

Anyway, Fire Enthusiasts, I've got to go. It's rather late.

Well, I now have a new found respect for Louisa May Alcott!
Good morning, Fire Enthusiasts, and no you are still at the right place.
What happened is the local high school put on a production of the musical version of Little Women. And before I get too far, yes, my son was in it. So you can see how something like this might happen! Due to the fact that I get up so early in the morning for work (3:00 am), and because I have been helping my other son's little league team in the late afternoons, I had yet to see the play until yesterday.

Since it was the last day of its 5 day run, I made plans to attend the matinee, just in case some scheduling conflict got in the way. Nothing did, thankfully, so I was able to see it. The rest of the family, grand parents included, had plans to see the play a second time last night, having gone earlier in the week. Since I had little to do, and since it was the final show, I went ahead and saw it the second time in one day.

Before I get too far I just want to say that I am always aware of pop culture things, whether they be music, film or books. I may not be a fan of some things, but I am always aware that they exist. I knew this novel existed, and I knew of the film version with Winona Ryder and how it had a really good cast, but other than that I had no compelling reason to investigate further. It was a girl thing! Well, now I have.

Not only was I impressed with my son's performance as Meg's husband, but by the entire production. It was clear that the kids had put in a lot of work. I knew because I had been taking my son back to school for weeks, or sometimes he never came home at all, and I might not see him until the next day or the day after that. During the last week of rehearsals I saw him Monday and then not again until Friday.

I teased my son on his Facebook page. I told him that his kissing the girl, her getting pregnant, and them having twins was a nightmare that I had been having since July of '94!

For those who have seen the musical version, I think I was particularly touched by the scene where Beth and Jo are supposed to be on a beach and they share a song that ends with Beth basically telling Jo that she knew she was going to die and probably very soon. It ends with them hooking a paper kite to a wire that was on a set of pulleys, enabling the kite to climb up to the ceiling and be pulled to the back of the theater, followed all the while by a lone spotlight which I thought was breathtaking the first time I saw it happen.

Okay, enough of that.

I have a few things on the hot stove, as the sports guys like to say, concerning rumors or things of interest.

First, I had previously thought that there would be no interest from a local magazine, only to discover that I was given a second chance. Once the editor had read "Dance on Fire" all the way through, she reported to me that she loved it and wanted to do something. During a phone call conversation that we had, she told me that she had yet to decide whether it would be an interview or simply a review, but she definitely wanted to sit down and pick my brain. Stay tuned.

The other thing of note, being that my novel is a horror/Christian crossover, the pastor of my church wants to do an interview for the Sunday evening service sometime in May. We have some traditional services in the morning, but they have one later which is aimed toward the younger crowd. I'm looking forward to that.

I received word from the blogosphere that my novel is being put on a list for review on one of the blogs, also for sometime in May. I'm looking forward to that, too.

Christopher Columbus! What a long post! (If you do not know what the exclamation was for, then you, too, should investigate "Little Women" a little bit more. I know I am.) 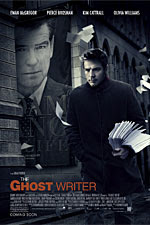