An R-Rated Kind of Week 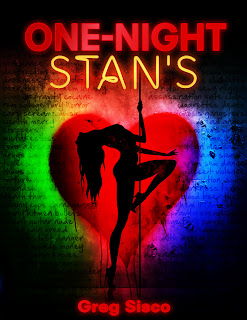 Hello, Fire Enthusiasts. I come to you in much better health than I have these past few weeks. The fever and ill feeling are a distant memory, but when my allergies kick in, as they did during the holidays, I usually drive everyone around me crazy for weeks by clearing my throat incessantly. *clears throat*

I wish I could say that I was glad to be back at work this past week, after having those two weeks off at Christmas. Yes, I know; few are usually pleased about being back at work. What I mean by that, however, is my partner at work was transferred, leaving me alone, just as I was the week before Christmas (which contributed to me running myself into the ground). I supervise the Packaging Floor at Sun-Maid Raisin Growers of California, as many of you know. What used to be an 11 hour day is now 12 thanks to this move. I have to be in the office by 3:30 am, since there is so much that needs to get done, and it's all on me now. 120 plus employees, few moments of peace and every cell phone call come to me. *sigh*

The reason that I tell you this is due to the fact that it just makes everything that I am attempting to juggle that much more difficult. I'm working on my third novel, but haven't touched it since my vacation ended. I'm saving several blogs to visit each and every day in my e-mail, but spent all my free time trying to clear through them. Although I had a few things to promote this week, I did very little due to time constraints.

There has been some good news, as my publisher informed me that I should expect the edits on Dance on Fire: Flash Point at any moment. Just that alone will make 2012 a year to remember, and I can't wait to share my sequel with you.

In spite of having very little time, I did manage to get some reading done. I want very much to tell you about it; however, the material is as R-Rated as it could possibly be, so if this is not your cup of tea, I'll just see you next week...


As I was saying, for those of you still with me, I just finished reading a marvelous crime drama by Author Greg Sisco. It is entitled One Night Stan’s and when this incredible piece of fiction is turned into a film (as it surely must be), some things will probably need to be scaled back in order to avoid the dreaded NC-17 rating. It is very good; however, it does contain the roughest language imaginable, mutilation, murder, mayhem and is rampant with sexual situations.

One might ask, why in the world did I read such a novel? What originally caught my attention from this author is a novel about vampires that has a great eye-catching cover, entitled, Thicker Than Water. I'll be reading it very soon, if not next; however, before having an opportunity to read it, I noticed a teaser chapter of Stan’s that he posted and, although that harsh first chapter pretty much epitomizes the entire book, I found myself sucked in by the excellent and often-times brilliant writing.

Now that you have been duly warned, let’s get to the material. As I often do, I will let the author set up his own novel:

Welcome to Scud City, the worst town in America.

The kind of town where when a suitcase packed with money goes missing, college dimwits, punk rockers, a crooked FBI agent, a serial killer, a stripper addicted to torturing men, an un-killable Russian, and a nightclub owner who thinks he’s Frank Sinatra all find themselves in a twisted web of sex, murder, and drugs in pursuit of a nest egg none of them deserve.

And welcome to One-Night Stan’s, the worst strip club in Scud City. Where the floors are linoleum, the air is cigarette smoke, and the night ain’t over till somebody’s a corpse.

Kicking off at sunset and ending at sunrise, One-Night Stan’s is brutal anarchic fun packed with savage violence, anonymous sex, and all those other things nice people don’t laugh at.

Like most people, I’m a sucker for action films. I'm just usually not one for gangster stories or crime dramas. Yet, when the writing is this good, I just have trouble saying no. Though quite graphic, I simply couldn’t stay away. I had to know how it ended.


Taking place over the course of one long and brutal night, One Night Stan’s takes a hard look at the underbelly of a place called Scud City. It contains more villains than one can keep track of, but then in Scud City, there are few innocents. There are no loose plot ends neglected; incredible characters that are so believable that you'll find yourself ducking behind or fleeing altogether; and dialogue that you will not question.


The story is extremely rough, but, if you can stomach it, one of the most amazing stories I have run across in a very long time. It is far from predictable and I dare you to try and anticipate what comes at each and every turn. In fact, forget it! Just sit back and be blown away as I was!

As I mentioned, when this incredible tour de force is turned into a film, just imagine a screenplay written by the brilliant Aaron Sorkin (West Wing, A Few Good Men, The Social Network), directed by Martin Scorsese (Goodfellas, The Departed, Shutter Island, ) and you very well might have an idea of what you will find right now on paper should you venture to the area in and around Greg Sisco’s One Night Stan’s. 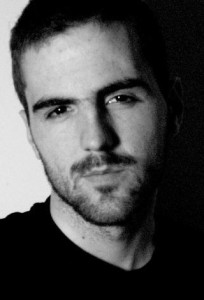