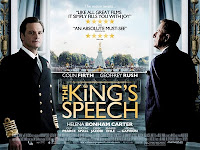 Hello, Fire Enthusiasts. It's Monday and that means that my two week vacation is over, and that I am back to work. Many of you have read that I have to get up extremely early for my day job, so you know that I am a little sad that I am back to the grind. On the other hand, after being away for as long as I was, if I didn't get back soon, I probably wouldn't. Am I right?

Therefore, rather than talk about it being Monday, I'd rather discuss what I did for New Year's Eve. No, I didn't drive from California to New York City to watch the ball drop in Time's Square. I didn't drive to Las Vegas to see the band, 30 Seconds to Mars, which I really wanted to do. If my teenagers had been a bit older, we would have done exactly that. I didn't paint my town red, nor did I party the evening away. What's the big deal then, you ask?

Well, it gets back to my previous post. New Year's Eve was my wife's birthday; and it is so every year, in spite of what she may tell you. ;) In any event, what we typically attempt to do is to take some time for ourselves, go to a movie and have a real quality dinner. Long story short, we had a great afternoon/evening. What I really want to share with you, however, is the film we attended.

If you have yet to hear, The King's Speech is a wonderful film about the terrible stammer that practically debilitated the Duke of York (Colin Firth) and father of Queen Elizabeth II. Reluctantly elevated to the throne after his older brother abdicates, freeing him to marry a divorced socialite, King George VI battles through to find his voice with the assistance of an unorthodox speech therapist named Lionel Logue (Geoffrey Rush).

Weeks ago, this appeared to me to be one of those smart Oscar-worthy films that no one would want to see outside of the Academy; however, every week, this film seemed to be generating more and more positive buzz. It is rare that hours later I find myself unable to stop talking about a film, but it had everything. My friend, the Author Nicole Hadaway, mentioned on her Facebook page that the film had "no dull moments/no wasted scenes" and she couldn't have been more right. I already thought that Firth and Rush were great in everything they did, but there were also awesome performances by Guy Pearce as Edward VIII and Helena Bonham Carter as George's wife. I usually don't like anything that Carter does, but she was brilliant.

In fact, the entire film is brilliant. It has humor, it has wit, it has powerful moments that will bring tears to your eyes more than once. When the screen went dark for the final time, I was actually hoping for another scene. Our audience actually clapped and that rarely happens. Hopefully, this is the year that Mr. Firth walks away with that Oscar that he lost out on last year.