So I've got a Paperback - Now What? 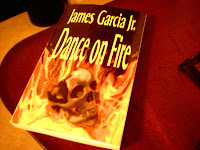 Hello, Fire Enthusiasts. I hope you are having a good week.

As you know, my novel was released as a paperback just before the holidays. The e-book version has been available since February 2010. It was positively reviewed by my high school; a local magazine, Traffic; and the Internet magazine for which I work, Kings River Life. It was also positively reviewed on a few blogsites. I have several satisfied customers on the Smashwords.com store, as well as iTunes, Barnes & Noble, Kobo and Sony. I am grateful for everyone who has given my debut novel about vampires loosed in my home town a chance.

Now that I have the paperback I am beginning to focus my energies toward print media. I have reached out to a major magazine as well as the major newspaper in the Central Valley of California where my family and I live. We’ll see how that goes. Rest assured that you will be amongst the first to know.

I am currently reaching out to local retailers in Kingsburg as well as the local Starbucks to see whether we might be able to do something together. From there I will be attempting to get through to the major book sellers in my area. 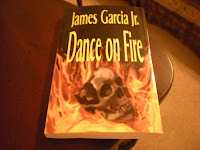 I will continue to push the e-book, and for those of you who own e-readers already, you know why. It is the convenience of the thing, wouldn’t you agree? It is what caused CD to push out vinyl, and probably why digital storage devices will push out the CD eventually.

The thing that the paperback has done is to allow so more doors to open to me now. Whether they allow me in the store is quite another thing, however. As I mentioned before, we’ll see.

Mentioning all of this was not to present my feathers to you, but to put all of my cards out upon the table. What do you folks think I should be doing now? Am I going about this the right way or am I barking up the wrong tree? For those of you in similar situations, what have you done that worked well and what not so much? I’m really curious and would like to know your opinions as well as to hear your PR stories. For those of you who will have a novel released in the near future, what sounds right to you and what does not?