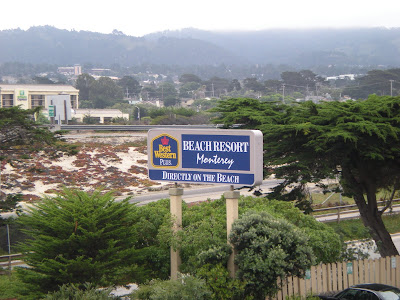 Hello, Fire Enthusiasts. How was your week? I hope it was as good as mine. If not, I hope you will rectify this very soon. There isn't much summer left.


A couple of weeks ago, I told you a little bit about my family and I planning on going on vacation. It wasn't the biggest vacation we've planned; we've done New York City, Hawaii and a couple of cruises in the past. However, having just gone to NYC this past March, and hearing about potential high school band trips to Hawaii and NYC once again, we decided as a family that we would simply attempt to get away from the heat.


We live in the San Joaquin Valley which is Central California. We're near Fresno. Although this has been a very mild summer, we can get near 110 degree temperatures. Having Sun-Maid Raisin Growers of California close for year-end inventory made it a perfect time for our family (my wife is a teacher) to get away.


The beauty of living where we do is the fact that there is so much to do. We are only several hours away from both northern and southern California, and places such as the mountains or the coast are closer still. This time we chose to be near the water, so Wednesday afternoon, after I got off from work, we hit the road, heading for Monterey, California.


If you have read Steinbeck, then you no doubt know a little about our destination. If you like visiting aquariums, then you most likely have heard of the world-famous Monterey Aquarium.


We arrived Wednesday evening and did not leave until Saturday afternoon. In between we visited the aquarium, shopped, spend a half-day in Santa Cruz at the Beach Boardwalk (If you've seen The Lost Boys, then you know the place since they shot the film there), ate a lot, had a several drinks, enjoyed 60 degree weather and never once touch a computer. 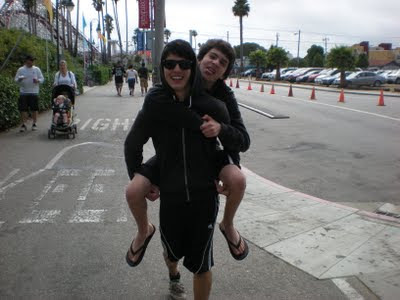 If you have yet to take any time off, I want to encourage you to do so. I missed my computer and both #WW and #FF on Twitter, but I know my family appreciated the time I spent with them.

Email ThisBlogThis!Share to TwitterShare to FacebookShare to Pinterest
Labels: Vacation