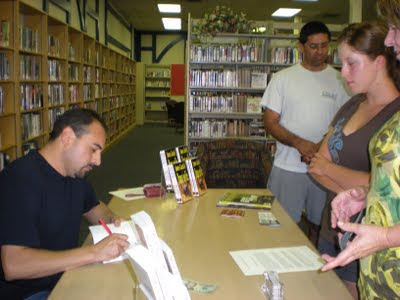 Hello, Fire Enthusiasts. How was your week? Mine kind of sucked! Can we use that kind of language here? *flips through by-laws* Lol! Actually, the week was pretty busy, which is rather normal. It was mostly Friday that was the worst; leaving such a bad taste in my mouth. Picture 11 hours at work, no lunch, a work-phone that never stopped ringing and very little production on the Packaging floor. You guys know I work at Sun-Maid Raisin Growers, right?

Anyway, I didn't post today to whine about what has past. There were some good things that took place. My son had a concert Monday night with some of his buddies and did well, as always. The young man has skills! Then on Thursday evening I had an author event at my local library. It is about this that I wanted to share with you. 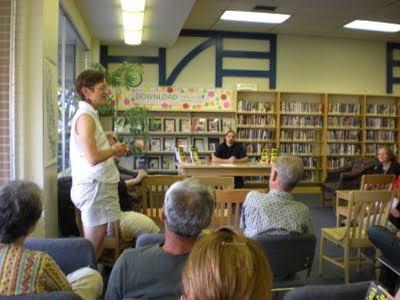 I joined the Chamber of Commerce last year in anticipation of this sort of thing. You'll recall that my novel is about vampires loosed in my hometown, so I have a built-in audience if I can only reach them. I attempted to get something going with the library before, but it was slow going. However, in May, while sharing a bill with Lorie Ham and Marilyn Meredith of Kings River Life Magazine at a library event in Fresno, I happened to meet a member of the Kingsburg Friends of the Library. That meeting led to this past week's event. 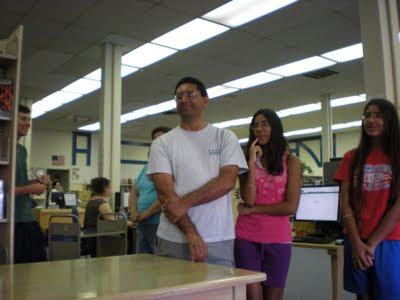 I freely admit that I was a bit nervous. I do safety meetings at work where I have to speak publicly - that wasn't the problem. I had also done a couple of things before, but this time it was all me. Needless to say, everything worked out well. 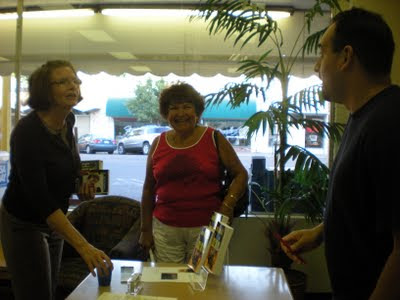 We had about twenty people come out which was great. You always worry that no one shows, you know? I was given no outline as to what to do, so after I was introduced, I began by telling them about myself. I told them who I was, what shaped me and how I came to be sitting before them. Then I read the synopsis to Dance on Fire. I then opened the book and read what amounts to be the prologue. We did questions and answers, too. I've been pretty lucky so far, in that the questions have always been good and thought-provoking. Nothing ridiculous or too repetitive...so far. Anyway, how could I complain? I never thought I would really be doing this. 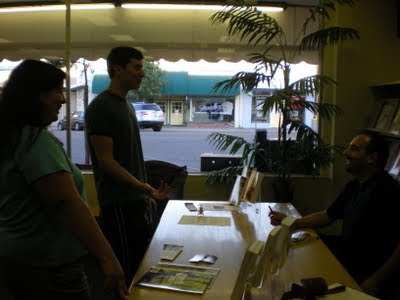 Before I forget, I told the group that I felt it was important that we were all there, supporting our local library. In this day of tightening budgets, it is a shame to think of losing our arts in the schools and to have our libraries close. It was my discovery of horror novels in my teenage years that led me to be sitting before them. Without libraries and book stores, I might never have come to be a writer.

I met new people, got reacquainted with some old friends and was joined by friends, family and co-workers. I sold some more books and hopefully laid the seed for future fans. (By the way, the e-book version of my novel is 50% off at Smashwords until the end of July. See the link above.) One thing that I take very seriously is what I feel to be a responsibility that I have. Since I dreamt of being a writer for my entire life and am now having that dream realized, I hold the eyes of every young person that I meet and do my best to convince them to chase their dreams. Especially the teenage girls. I know how the world and young men try to get them to settle.
I tell them, either by my words or in the body of my autograph, to dream big and then to do everything in their power to chase that dream.

I hope you guys are doing that, too.