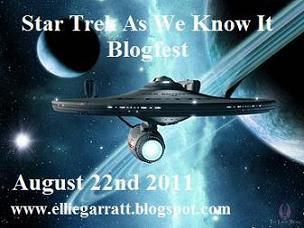 We're skipping the whole Fire Enthusiast thing for one week while we instead celebrate the phenomena that is the Star Trek Universe. This blogfest is being hosted by my good pal, Ellie Garratt. Many of you probably already know her, but if you don't, you really should introduce yourself. If you have stumbled here and would like to see more Star Trek thoughts, please surf over and check out the other entries at Ellie's blog.

Now, I must tell you that I am not the biggest Trekkie in the world. Not by a long shot. I grew up watching the original television show with my dad. When the original crew reunited to begin doing films, I came along for the ride; however, that was about all. I never got into the Next Generation or any of the other shows. I did watch the big reboot by J.J. Abrams and liked it.

In any event, here is an eclectic look at Star Trek through my eyes in no particular order:

(1) I was born March 22, 1969. This was William Shatner's 38th Birthday. He has been many things and has gone by many names: he was Bob Wilson, terrorized by a gremlin on a plane in the Twilight Zone episode, Nightmare at 20,000 Feet; he was T.J. Hooker in the 80's; he has been Denny Crane in the television show, The Practice; and although he later became Admiral, he will really only ever be Captain James T. Kirk of the Starship Enterprise. 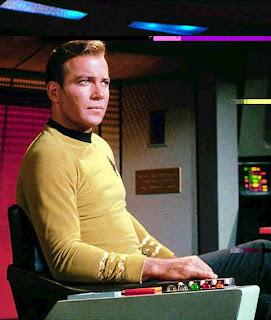 (2) In one of the saddest moments, the Enterprise is destroyed in Star Trek 3. With our heroes safely away, the ship is put through its self-destruct paces in order to take out Klingons and swing the advantage back into Kirk's court. I do love Christopher Lloyd's reaction as he realizes that his men are about to be killed. You can watch the scene here:


(3) Now, my wife didn't think this would be a very good idea to post this next one, so I hope everyone takes this in the fun spirit that it is given. I just watched it for the first time in a long while and I think it is hysterical. If you have never seen the skit William Shatner did on SNL, you really much check it out:


(4) Once again, I don't know each and every villain in the Trek Universe; however, not only is Ricardo Montalban's Khan a great Star Trek Villain, he may very well be one of the great movie villains of all time. I loved his timing and his facial expressions, and he had some great lines to deliver:

"Surely, I have made my meaning plain. I mean to avenge myself upon you, Admiral. I deprived your ship of power, and when I swing around, I mean to deprive you of your life."

"I've done far worse than kill you, Admiral. I've hurt you. And I wish to go on hurting you. I shall leave you as you left me, as you left her; marooned for all eternity in the center of a dead planet... buried alive! Buried alive...!"

"[quoting from Melville's Moby Dick] To the last, I will grapple with thee... from Hell's heart, I stab at thee! For hate's sake, I spit my last breath at thee!" 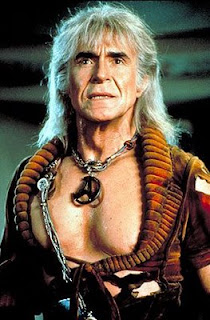 (5) And if you haven't guessed yet, Star Trek II: The Wrath of Khan is my all-time favorite in the series. I can watch it over and over again. There should even be a 24-hour channel or, if nothing else, a one day a year event where they loop it. Okay, perhaps I'm going a bit overboard, but I think the film had everything. Great action and dialogue. Good drama. And not campy at all. I think it has also aged very well, thankfully. So I will leave you with the poster. 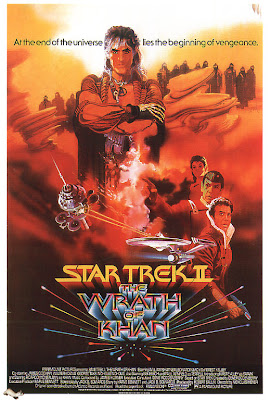 My thanks to all who pay me a visit. I look forward to checking out your thoughts as well.

I usually end posts with "We'll talk soon", but obviously this week I must close with the following...

Email ThisBlogThis!Share to TwitterShare to FacebookShare to Pinterest
Labels: blogfest