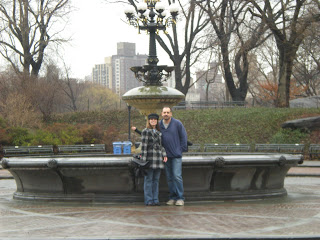 Hello, Fire Enthusiasts
So I had a polite quarrel with a sister in law once, before she and I had become family. You see my fiancé and I were planning a Friday wedding for June 22, 1990. I say “we” but it was mostly my wife who did the work. I just want to make sure that I give the credit where the credit is due…
In any event, nobody gets married on a Friday was the argument. No, we needed to wait one more day and get married on Saturday which would have made more sense. I suppose that was a pretty good argument, except for one little thing. At the heart of the matter was the minor detail about that Friday being our two year dating anniversary. We met at junior college and became really good friends, until I went and fell in love and messed that all up. Thankfully, God was in the thing. When she told me that we would only ever be friends, I didn’t get mad, and we parted as friends. Over that summer, the woman who would eventually become my wife missed our time together and looked me up. She did not have my phone number, but managed to locate it through a friend of my brother. She called me June 22, 1988. 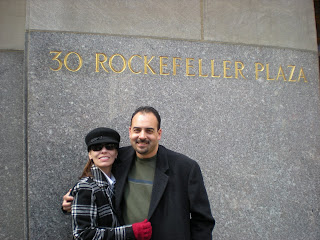 My friends, I may not be the most romantic guy in the world, but I am a little bit, and I was not about to get married on my two year anniversary plus one day. Hell, no! We became husband and wife on a Friday evening in my brother in law’s backyard in front of God and a large group of friends and family.
I tell you this because I want to acknowledge the woman who has stood beside me on this incredible journey that I suddenly find myself in. She knew that I was a writer when we met. During the course of our marriage that dream remained only that while two people became one flesh, and then eventually became a grand total of four. And after all of these years we find that the writing dream did not die, but simply waited.
I’m a published writer now. People are reading my words each and every week. Although I am all too often found sitting before my laptop after my very long and tiring day job, my wife has given me the space to do this, applauded my successes and loved me still. 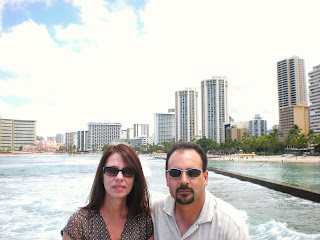 I love you, too, dear, and I thank you for this and so much more. Happy Anniversary.
We’ll talk soon.
Posted by James Garcia Jr at 12:01 AM

Email ThisBlogThis!Share to TwitterShare to FacebookShare to Pinterest
Labels: anniversary