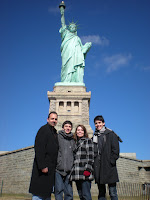 Hello, Fire Enthusiasts! How have you been?

I was going to wait until Monday to post; however, too much has been going on, so I decided to start a day early.

I apologize for having made myself scarce of late. Allow me to explain. 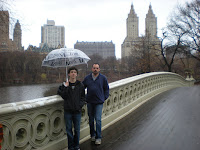 First of all, we just got back from New York City!! My oldest son's high school Wind Ensemble were invited to send in an audition cd for the opportunity to be selected for the 2011 New York Wind Band Festival at Carnegie Hall. They did so and Kingsburg High School was officially invited. We have known about this trip for nearly a year, and it seems as if we have been fund-raising since then as well. Lol! [That's the four of us at The Statue of Liberty and my youngest and I on the Bow Bridge in Central Park. The original Highlander was filmed there, so I had to visit]. 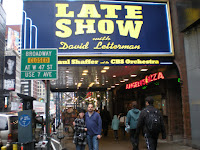 I will not recap all of the trip for you in these pages; I am in the process of writing a journal/article of the six day adventure for the magazine that I write for, Kings River Life. When it goes on-line, I will be sure to post a link for those who are interested. Not only did they perform at Carnegie Hall, but we visited The Empire State Building, Grand Central Station, Ground Zero, The Statue of Liberty, Times Square, Rockefeller Center, they performed in Central Park and we attended The Phantom of the Opera. 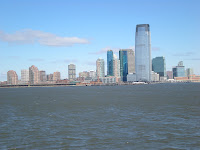 Let me tell you that it isn't easy to chaperon groups of students when there is so much to distract; however, even though my wife and I often ended up with large groups, it was a lot of fun. You haven't lived until you have tried to navigate 60 people (46 students) through the New York Subway System. 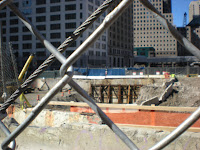 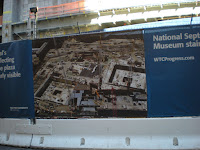 Three days before we began our trip, with an magazine article deadline staring me square in the face, my trusty laptop caught its second virus. The first one I caught took a quick check of my iPhone and an hour to be rid of. Unfortunately, this new one took three afternoons before I had gotten rid of it. Trusty laptop is still a bit slow and locks up on me on rare occasions, but for the most part I am back in business. Being really busy, I had allowed my security to lapse and had failed to keep up on updates and preventative maintenance. If you have been like that, too, I would suggest rectifying this immediately.

In the meantime, I hope to be getting back to a regular schedule soon. I have one article appearing today on Cancer Volunteers in my hometown, I'm finishing my journal on the trip for next Saturday's edition, I know that many of you will not believe it, but I have actually been reading lately. I am reading Leigh Russell's novels (Cut Short & Road Closed) and am nearly finished with the second one. You should see a post mid-week with those details/reviews. 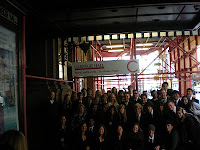 Lastly, I might need to go back to New York. I didn't have any issues there, but once I got back to the California Central Valley I certainly do. The blossoms are killing me!

They're beautiful, but deadly.
Sounds like some of you. ;) JK!!