Hello, Fire Enthusiasts. For those of you who celebrate it, did you have a Happy Thanksgiving? I did, and I hope you did as well. Everything was perfect except my beloved Dallas Cowboys losing. But hey! It’s been that kind of season, so what can I say? *wipes one solitary tear*


Have you ever tried gnawing every last piece of meat off of a rib during dinner while the teenagers were forcing you to watch the latest episode of The Walking Dead? How’s that for a segue, huh? *grins* Do you guys like that show? Do you like zombies at all? I was never much for them, if I can be completely honest with you folks. It’s not that I’m all about vampires and nothing else. I assure you that isn’t my story. Maybe I did appreciate the typical handsome, gentlemanly traits of most vampires. Perhaps because they seemed to live well, dress well and seemed to rise above the filth and the waste that zombies seem to frequent. I don’t know. I realize not all vamps are that cool and that there are a great many that do act like zombies, scrounging for gristle, but you get where I’m going, right?


In any event, a great many of my author pals do indeed have zombie books available. It’s just that I have been reluctant to pick one up. Do you know what I mean? I mean, I can see why The Walking Dead is doing very well. It’s a quality show for horror enthusiasts. It has good acting, a storyline that hasn’t grown tired and the effects are really good for a non-movie. It’s just not me, you know?


So, imagine my surprise when I finally picked one up, began to read and found myself intoxicated by just how wonderful it was. 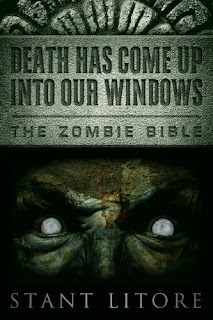 I’m speaking of an entry into what Author Stant Litore calls The Zombie Bible, a canon of several books that he has planned. I read, Death Has Come Up Into Our Windows. The synopsis: God is weeping behind her veil in the Temple while the dead are eating her city alive, and her words are coming out through the mouth of her prophet Yirmiyahu. The king and the priesthood don’t like what he has to say, so they’ve thrown Yirmiyahu down a dry well, and once a day, his gaolers toss a zombie in after him. During the three days of this story, the prophet will have to fight to survive the hungry dead, dehydration, and some truly wrenching memories -- memories of atrocities witnessed, lives lost, and sacrifices that shatter the heart.
Show MoreShow Less
As a Christian, I am familiar with the Old Testament books of the Bible. With his use of original language, setting and thoroughly capturing the speaking style of characters of this day and age, Litore completely and easily immerses us in the story; so much so that I believed I was either reading an Old Testament book or perhaps had unearthed another long lost scroll.


In less masterful hands, this could have very easily come off as campy and cute or boring, and completely solidified my desire to never read zombies again. Instead, quite the opposite has happened. Although the plot does include “the dead”, it more importantly includes the living. We feel for Jeremiah as he recalls his wrestling with God and what God wants from him. We see the horror that surrounds him and feel the pain that he feels over sending his beloved wife away…and much worse later - that comes off as one of the more powerful and heart-wrenching scenes I may have ever read. 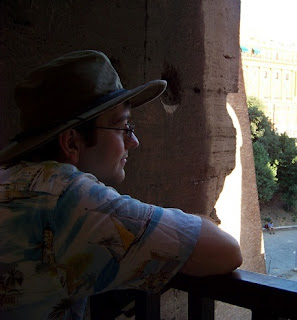 Litore took aim at telling this sub-genre in a way that no one was doing and he absolutely nailed it. I’m seriously blown away by everything Litore has done here, and you will be, too. Death Has Come Up Into Our Windows, my friends. There are zombies that attempt to locate and feed upon the living, but what we get here is oh so much more. Five Stars! You can find it on Amazon here.

Email ThisBlogThis!Share to TwitterShare to FacebookShare to Pinterest
Labels: book review, Death Has Come Up INto Our Windows, horror, Stant Litore, The Walking Dead, zombies