Where Are The Readers?

Hello, Fire Enthusiasts. I come before you this week a bit perplexed. I didn't scramble to get my debut vampire novel listed on Amazon this summer - after losing my small publisher - with the thought that once it was accomplished that I could sit back, sip Brandy and puff cigars as I awaited money to come flooding in. For the record, I don’t smoke. Nor did I start writing books as some get rich quick scheme. However, I had hoped that I would sell some books…


I have been on the social networks now since early 2010. I started in Blogger and then created a Facebook page. From there I soon joined Goodreads, Twitter and then Google Plus, with several other sites and groups spread amongst them. I have a good number of followers on every site which is very nice, but what does that really tell me? My hope is this is the calm before the storm. After all, I currently only list one book on Amazon and am exclusive with them. You might suggest that I discontinue KDP select and get back on all of those other outlets, but I was there before for a couple of years and it wasn’t "all that" either. Again, I only had the one book…


Why I have had but one book is a long story. I will be rectifying this in the coming weeks when I release Dance on Fire: Flash Point. When that has been completed in both ebook and paperback, I will immediately turn my attention toward a paranormal romance novel that I began writing this past spring. My aim is to have three books listed on Amazon by next spring. But what then? Will they sell?


I have spent a lot of time working to increase my reach and my numbers; however, I have come to realize as many of you have as well that all we are doing is networking with other writers. I have spent the time in those Facebook groups where we like each other’s pages, etc., but to what end? Those writers are just like me with limited time and money to be buying the works of other writers, and spending most of their non-writing time trying to extend their reach.


I have enjoyed my time reaching out to other writers and watching my numbers climb, but I am no longer going to spend chunks of my week or weekend just accruing more numbers or followers who really aren’t my fans or even friends for that matter. Do you know what I mean? Does that make me sound callous? I want to help other writers and make friends - and will continue to nurture any and all relationships that I establish along the way - but if all we're doing is knocking on doors and saying hello to people that we'll never see again, then no thank you.


I love dropping in periodically on blog posts, catching up on Facebook feeds, and having conversations on Twitter. That won’t change. I adore the friendships that I have in this community of writers and want to not only continue to nurture those, but discover new ones. However, I need to spend time reaching out to the readers. Otherwise all of this time that I have spent married to my trusty laptop and away from my family will have been for naught.


So, I ask you, have you managed to find the readers? Where are they? Is my problem that I am marketing to the Horror Community while the big market is the Paranormal Community? Those of you who have multiple books listed, did you find it slow going until you released more books? I have tried very hard not to let myself become negative in this thing, but I would be lying to you now if I didn’t say that I have already wondered whether I might need to prepare myself for shutting this down at some point next year.


I did not pen this post this week because I wanted to hold a pity-party or because I knew a post like this one might garner multiple comments from encouraging writers. Do I need some encouragement? Absolutely. I really think that things are going to improve this fall once I get that second book out and begin to promote it both in the shops and on the web. But what if it doesn’t? I really hope it doesn’t come to that eventuality. 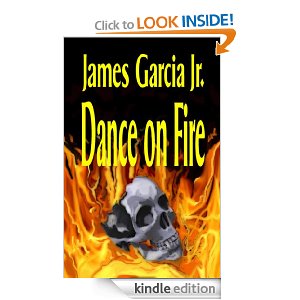 So, I ask again: Where are the readers? I have done interviews and been profiled and reviewed. My novel is getting very good reviews, and has been for two years, but very few seem to know it exists. What have you guys found to work? I appreciate any and all advice. Thanks for your time and assistance.