Last year I raved about a short story that I had read from Author Jerry W. McKinney. It was entitled Feed, and although I am pretty terrible about recalling plots long after finishing a story, I do recall the surprise ending on that one being quite good. I won’t reveal it, but I swear I do remember. I had this to say at the time: "I just read the short story 'Feed' by Author Jerry W. McKinney that restores my faith in horror's potential when it comes to the subject of vampires... With an unexpected twist and writing that reminded me of the best of Clive Barker, McKinney surprised me and made me an instant convert. Beware reader, 'Feed' might mean more than you think it means." 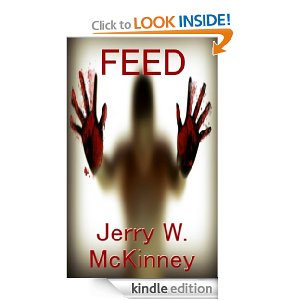 I have had the privilege recently of reading two more of McKinney’s works that I think are worth your time.


The first one is Lie Canthropy. The synopsis reads: "What mystical force is released by the twirls and undulations of a dancing girl? And what power does she exert over a captive audience in a town built on secrets? Is it worth the soul of a child?"


As I have mentioned before I don’t have much time for reading, so very often I find myself rushing through stories. With that in mind, I found myself not quite catching on with the pacing of this one, but it being so short, I went back a second time and it made more sense. It was probably me. I can tell you that I thought the title was very interesting. I had to look it up, although many of you may already know that Lycanthropy means. According to Wikipedia: "It is the professed ability or power of a human being to transform into a wolf, or to gain wolf-like characteristics." Now that you are armed with that knowledge, you can take another look at this title and see the prominent use of the word "lie" as part of the twist on this one. 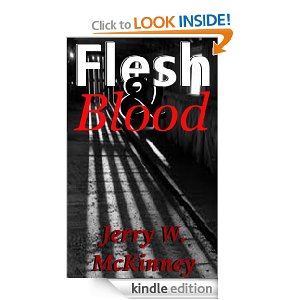 I made sure that I gave myself time to properly enjoy Flesh & Blood, and I'm so glad I did. The synopsis reads: “Gotta take care of your own, boy.” Those words from his Pa didn't dampen the sting of having to put down his rabid dog. A loyal friend that was suffering from a disease that turned him into an unrecognizable monster. Jessie had no idea that there would be a lot of 'taking care' in the next few months. When neighbors show up on the farm dazed and bloody, Jessie and his Pa do their best to help their friends, but soon find that there is no way to help those that are already dead. Jessie must make the transition from boy to man in an instant as the dead rise and try to take over the farm that was to be passed from father to son when the time was right. As Jessie and his Pa make their way through this new and frightening reality, one phrase rings as true as ever.
'...life goes on, remember that.'”

Once you see how the story begins you will probably figure out what the eventual outcome will be, considering the title. I know I did. I should tell you that although I am more vampires and serial killers than I am the particular antagonists in this piece, and the fact that I had my suspicions how the story would end, I thought it was a brilliant story. It held my attention throughout and I think it will yours as well.


If I may, I really would like to convince the horror enthusiasts among you to make some time to check out Mr. McKinney’s writing. He has not failed me in three attempts. I may have guessed one outcome, but I can tell you that he often surprises, amazes and even shocks me at other times. 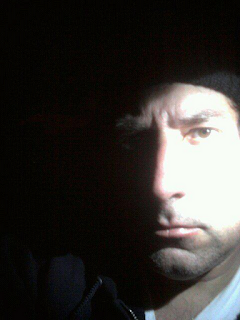 He’s worth the time, my friends. I’m just sorry that it took me so long to come back to him. You can find out more information or purchase his work at his author's page on Amazon.