The Brevity of Roses

Hello, my dear Fire Enthusiasts. How is everyone? For me, I am well. Life continues to be busy. I’m alone at the day job as some of you have heard. That leaves me doing the work of two. For those who don’t know, I supervise the Packaging Floor for Sun-Maid Raisins (the lady on the red box). I’m in the office by 4 am, work 11 hours, have over one hundred employees and seemingly all of them have my work cell number and call endlessly. Not really, but that’s how it feels. Do you like having to answer the phone when in the bathroom? Yeah, me neither… 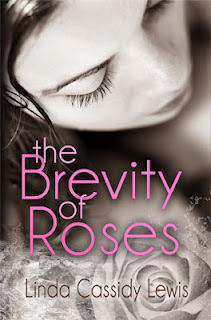 Now, a disclaimer: I have just read another book that I’m positively crazy about, but it was a long way from horror. Therefore, if you don’t like anything else but horror, perhaps you’d better come back next week. ;) On the other hand, if you love good fiction. I may have something for you.

Disclaimer, number two: I don’t read what I would refer to as pure Romance novels; HOWEVER, I absolutely adore serious writing about flawed and scarred characters, written by gifted writers, with romantic or heart-wrenching situations.


I hope I didn’t offend anyone by mentioning that. I just wanted to set the stage for the marvelous novel that I just finished devouring. It is called The Brevity of Roses and was brilliantly composed by Linda Cassidy Lewis – an author that I am fortunate enough to call friend.

Jalal Vaziri has looks, money, women--and a habit of running from reality. When he abandons New York and reinvents himself as a poet in a California beach house, he thinks he's running from a father who hates him, a career mistake, and endless partying. A fresh start is all he needs. After an intriguing woman enters his life, he believes all his dreams are coming true, but too soon, those dreams dissolve into nightmare. Jalal flees again. Only this time, a woman blocks his retreat and challenges him to finally face the truth about what he's trying to outrun.

The first thing that I was so pleased about was the fact that this novel was not about two blond hair, blue eyed people who find love, lose love and then find it again. Like many of the fabulous gourmet dishes that you’ll find the characters cooking and eating, this wonderfully crafted story has been flavored and spiced with culture. Jalal and his pleasantly intriguing family are not originally from America, in case you hadn’t already guessed that. It was such a breath of fresh air to fall in love with a family that was so different from my own or my neighbors.

We have three distinctive characters amongst the three leads, and a vibrant and unforgettable supporting cast that surround them throughout. Lewis’ prose is smooth and effortless. Her writing made me forget there was a narrator involved. I simply felt as if I were in the room with every character, sitting out on the deck with them or running that beach alongside Jalal. I also marveled at the pacing and the quality of the subplots, particularly the storyline involving Jalal and his father. I happened to be reading the resolution of that conflict from my desk at work. I am thankful that no one came to see me just then, because it was very moving. I wasn't crying, but I definitely had to get up and walk the moment off. 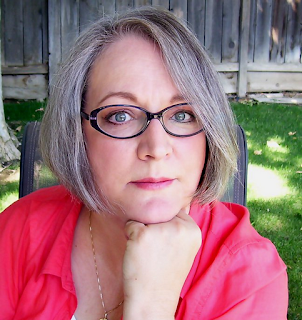 Lewis drives me crazy sometimes because she seems to second-guess her talent. Perhaps she’s just worried that one great book is all she’s got in her. I doubt that will be the case, but I would be ecstatic were this the only book I ever wrote. That’s how special I think this novel is.

Lewis may have created the most perfect title for a book ever. In fact, it's a book within a book, since you'll find that Jalal used it to title his book of poetry that was inspired by his wife Meredith. By definition, brevity means "shortness of time or duration; briefness: the brevity of human life". It suits the plot perfectly, but you'll definitely need to find that out for yourself when you pick up a copy of this absolutely delightful and moving book, The Brevity of Roses.