Music on my Mind

Hello, Fire Enthusiasts. Several things to do with music went down this past week, so I thought I would discuss a little bit of it with you. We’re breaking up the monotony as they say. Music is, after all, my favorite thing; more important to my well-being than even my writing. I could go without a lot of things (yeah, go ahead and giggle), but in all seriousness, music is not one of them. 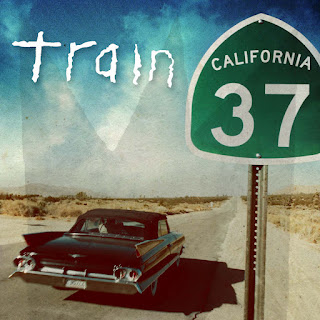 One of my favorite newer bands, Train, came out with a new album last Tuesday, entitled: California 37. I have been listening to it all week. I have seen these guys three times in concert already: California Mid-State Fair, Vegas and The Fresno Fair; if that tells you anything about my devotion to everything that they do. If you like them as well, you’ll probably like the new stuff. If you are like my wife and eldest son, you may find your devotion waning.

You see, my wife loved, loved, loved the first album, Train, as well as the sophomore effort, Drops of Jupiter - after that, only a song here or there. My almost 18 year old, himself a musician (both Wind Ensemble and Choir; twice making All-State Jazz Choir), who appreciates all types of music, was a huge fan of DoJ and My Private Nation. For my part, I love them like a family member, so with this album as they dabble in some Country flavors, which I usually am not a fan of, I can let it go.


The following are the highlights: "This'll Be My Year" - you may find the lyrical timeline that Pat sings a tad hokey, but the chorus will end up inside your head before long and should be enough to lean this one into the winner column. "Drive By" - This one is catchy and a safe play as their first single. "50 Ways to Say Goodbye" - No one in my family digs this one, but I think it's fun. When you hear the opening Spanish intro you may fear that you've had too much to drink and ended up married to someone you don't remember in Tijuana. *gulps* Shouldn't have told you that... ;) "We Were Made for This" - Everything that Train does well is here. Sweet vibe, touching lyrics and understated vocals by Pat Monahan and a rare display of guitar power by Jimmy Stafford. "To Be Loved" - It's a great track to finish the record. Train fans like me eat it up. It's all warm and fuzzy and mid tempo, making you want to come back for more with the subsequent records.


The low lights on this album are some of the lame lyrics that Monahan whips out. They can be cute and amusing when used sparingly, but this time he goes to that well too often. On "Mermaid", a song that beckons thoughts of Jimmy Buffett, drinks with colorful umbrellas and sand that one can never quite be free of, he sings, "Can't swim, so I took a boat to an island so remote, only Johnny Depp has ever been to it before." It's a cringing moment, even for me.


As a Train fan, I hold out hope that this will not one day be Train featuring Pat Monahan. He's a fantastic vocalist and very underrated among his peers, but with each record I worry that we'll get more of him and less of the remaining original members Stafford and drummer Scott Underwood. This album is fun, moving at times, rocks a little for those (like my wife) who are growing tired of mid-tempo and proves to be a worthy successor to the great catalog.

On a sad note, we lost a couple of important legends this week: Levon Helm and Dick Clark.


If you don't immediately recognize Levon's name, I didn't quite recall it either, although I knew who he was. Levon Helm was the vocalist and drummer for The Band who had huge hits in the late 1960's with "The Night They Drove Old Dixie Down", "The Weight" and "Up on Cripple Creek". The Band broke up in 1976, but reformed for the classic 1978 Documentary, The Last Waltz, directed by Academy Award winning Director Martin Scorsese. Mr. Helm was diagnosed with throat cancer back in 1998, underwent a series of treatments which eventually helped him regain his voice; however, just a day before (much like with Freddie Mercury) an announcement was made signalling that Helm's journey was nearly over. He died April 19.


As is all too often the case, celebrities tend to die relatively close together and this week was no exception as the once ageless wonder, Dick Clark, died the day before on April 18. Generations of music lovers have been touched by him, whether they know it or not. As host of American Bandstand, Clark helped usher out racial and music prejudices as he featured the greatest singers, bands and acts, regardless of color or style or volume. He also created The American Music Awards. As host of Dick Clark's Rockin' Eve, he helped the country ring in the new year with his positive energy and great demeanor.  For decades he was known as "America's oldest teenager" and teased for being the man who never aged. Sadly, that all changed when he was afflicted by a terrible stroke which robbed him of this, causing him to seemingly age instantly in 2004.


Mr. Clark is famous for having said, "Music is the soundtrack of your life". I totally believe that, and as I have said many times, I could not live very long without it.


Because of his passing, I will forgo my usual goodbye to you and paraphrase what was the last thing that he typically ever said to us.