Hello, Romantic Enthusiasts… Wait! What? Pardon me a moment. Apparently I haven’t had enough coffee this morning as I pen this post. Let’s try that again, shall we? I mean, after all, this is a place of horror and fire, right? Romance? *nervous laughter* C’mon! Are you kidding me?


Horror aficionados, I guess I’ll catch up with you next week...

My friends, once a year I disclose far too much. And today’s the day that I do it...Again.

You see, in spite of the fact that the book shelf that I showed you last week is filled with the likes of Barker, Michael Slade and Uncle Stevie (Mr. King for those of you out of the loop); my Kindle is filled with Greg Sisco, Andrew M. Boylan, Carole Gill, Timothy Hobbs, Ania Ahlborn and others; and my DVD library is stacked with Halloween, The Exorcist, Alien, etc. – you probably will be shocked to find out that it is another genre altogether which moves me the most.

Notting Hill, Love Actually, Somewhere in Time, An Affair to Remember, Possession; these are examples of the films that move me. I am already firmly on record as saying that my favorite novel is Pat Conroy’s masterpiece, Beach Music. 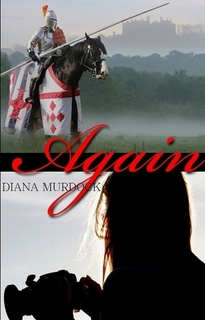 Having prepared you with all of that, please allow me to share with you the book that moved me this past week. It is entitled, Again, and it was written by the incredibly talented Diana Murdock.

Eryn and Bryce are a beautiful and accomplished couple, seemingly having everything. They have the total package of looks, money and career. What they do not have is real love. Eryn has lived her entire life for others, ignoring her aching heart. Suddenly, her senses begin to become assaulted by visions, dreams and recollections of some past-life that she could not have experienced, beginning to shake her foundations. Not one to believe in such things, Eryn finds herself questioning everything yet becoming caught up in the desires of those around her, with no one concerned with her own.

The Lady Catherine in the year 1501 lives the life of nobility. Servants take care of everything about her while she lives the life of a queen. Her father rules their lands in peace and the knights keep that peace, led by the greatest of all, Galen. Catherine has known Galen her entire life and it is only a matter of time before she consents to marry the handsome and wonderful knight. Although she adores Galen, she does not love him. When she meets the merchant Jonathan, who speaks of the freedom of the seas and living life to its fullest, her world is shaken, and she finds a love that she never thought possible. And one that she can never have.

Somehow, someway, could it be that the love for that embattled union was never extinguished, but instead has found Eryn five hundred years later to save her from repeating the same terrible mistakes that plagued Catherine and Jonathan?

Let me say that I started reading this novel, thinking that I would support a friend and give myself a break from horror novels, only to find myself caught up in a fresh and wonderful tale that would not let go of me, long after I read the last page. Murdock did a superb job of treating the duel story lines as if it had been two different authors that penned them. She really captured the essence of characters five centuries apart, never once failing to keep their mannerisms, speech and cultures clearly separated. Although I found a few typos (especially towards the second half of the book), I thought the writing was of the highest quality.

Were I the editor, I might have advised to back off on the “weak knee”and “butterfly” moments during the meet-cutes just a bit; however, it really was a minor thing. I could have also used a bit less of the bedroom scenes. I have been lucky enough to be in the bedroom a few times, so I know what goes on there and don’t need to see it. ;) Having written that, I want to be fair. Murdock wrote these scenes so well and so beautifully that we do end up in the bedroom with the characters and get swept along just as they do. The lovemaking wasn't robotic, nor were the scenes written as if by dancers who had never danced those steps before. One time, when the action finally goes to the place where the reader wants it to go, there toward the end of the story, I had to put down my Kindle and give myself a break. There were no cold showers to be had at my day job! I don't write that to bring embarrassment to myself. I do so, to speak of the quality of Murdock's words, pacing and richly created characters.

Having that little time to read each day, I found myself stealing more moments than perhaps I should have, but I couldn’t help myself. I loved this book! With great pacing; a fresh and imaginative plot that reminded me just a hair of the film, The Lake House; and several characters that I loved and rooted for – Again by Diana Murdock was just delightful.


You can find Murdock at her website here and the book here. 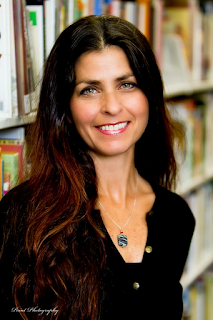 Okay, I’m going back to horror books now…at least for a while. ;)