The Cellar and The Well 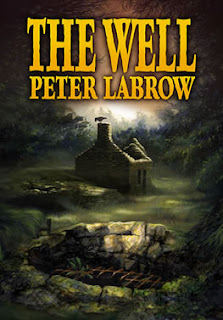 Hello, Fire Enthusiasts. How is everybody? I am great! I say this because as I pen this post on Sunday afternoon, I am anticipating one more day off as Monday is President's Day in America. Typically these posts are scheduled for midnight in California and I am at work as the first comments begin to come in. They make my day, by the way, so I thank you for that. Tomorrow, I will get to sleep in and then get some writing done as I begin to receive visitors.

I have entitled this post, The Cellar and The Well, because I wish to speak about two similar things which weigh heavily on my mind at the moment.

Can you smell that? It's the smell of a freshly cut lawn. Well, not a lawn exactly, but grass anyway. How about the scent of chalk? No? How about peanuts, hot dogs and beer? Now perhaps you see what I'm getting at. I rarely speak of sports on this page, but with Spring Training starting this weekend, I just can't help myself. Baseball is in the air! My beloved Chicago Cubs have added another year since their last World Series Championship. That last one coming in 1908. In fact, they haven't even reached the grand stage since 1945. Pretty sad, isn't it? It doesn't stand to get any better this year either, I'm afraid. The team is rebuilding and may very well finish...(you guessed it) in the cellar of the division standings. It will most likely take a few years before the team is very good. However, we are under new management this spring, and when you are a Cubs fan, hope springs eternal. 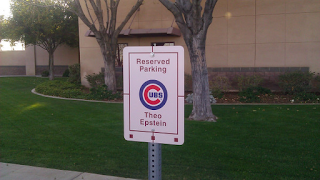 I just finished reading an utterly marvelous novel, The Well, by Author Peter Labrow. And when I write that I just finished it, I mean exactly that. It has taken me a bit longer to get through, but that was more to do with my schedule not allowing me time to read. So, wanting to finish the novel, I did not turn on Trusty Laptop Sunday at all, electing instead to shut myself in my bedroom to finish a most captivating book.

First, I will let the blurb speak for itself:

Trapped. Missing. Cursed. Fourteen-year-old Becca Richards and her stepbrother have fallen to the bottom of an ancient well. Their parents are away; they won't be missed for days. The predatory man who had been stalking Becca now switches his attentions to her best friend. Two women who know where Becca is trapped are desperate that she should never escape. Over the course of a week, family, friends and strangers are drawn together by a terrible shared fate - from which not all will escape. 'The Well' is a darkly gripping tale about how we respond to the hand fate has dealt us - and the consequences of our choices. The Well deftly intertwines a story of supernatural horror with a tale of one of the greatest fears of modern life. As the book progresses, the two stories become one - driving relentlessly towards a single, thrilling finale. The Well is a fast-paced, riveting story that will grip you - and keep you guessing - until the very end.
Show More
Show Less


The amazing tale is three very good works in one: it has Horror, it is a great Crime Drama and it is a Thriller that is immensely that. In the beginning, I sat down, preparing myself for horror. When it became a crime story, I was pleasantly surprised. I found myself slightly disappointed when it suddenly turned paranormal on me; however, in the end, it all worked together beautifully. Labrow could have settled for his story simply being a Thriller, and he would have had a very good novel. Yet he did not. He went for the trifecta, and nailed it.
The story is a tantalising tale, but it very well might be the many subplots that keep you flipping pages. They weave in and out, back and forth, as if the author had been sipping from the same fount as Dan Brown, but, dare I say, with a bit more substance to each chapter, not merely settling for stringing his readers along with one cliff hanger after another. Without revealing too much, I just loved the way that separate characters came together, not just for the missing Becca, but by the very determined young girl, Sammy, who refused to stand idly by and allow another to suffer.
This is a great story, as I have already alluded to; however, what makes it more than just a fun way to pass a weekend, are the brilliant characters. The phrase 'three-dimensional' gets tossed about a lot when writers discuss the craft of creating believable characters, but let me tell you something: Labrow nailed that, too. From the heights of leads such as trapped Becca and the "gifted" young Sammy; to the supporting cast of best friend Hannah, Sammy's mother Abby, Becca' s mother Sarah and boyfriend Jim; to even the creepy Randle, troubled Ed and members of the police force - this novel is the fabled Lost Ark. It raises the bar for all of us! You may submit for me a novel that contains a better story, but I defy you to list one that sports better characters.

I have mentioned recently how I have spent most of my reading time on Indie authors this past year or so, and have been pleasantly surprised and impressed with the quality of their work. If there was a part of me that was ready to get back to the big established authors, Author Peter Labrow and his incredible novel banishes and caps that thought right down inside The Well.
Have a great week, my friends.
We'll talk soon.
Posted by James Garcia Jr at 12:00 AM