Why I Seemed to Disappear from the Earth

Coffin Hop: I want to thank everyone for participating in the First Annual Coffin Hop this past week. It has been a lot of fun visiting nearly 100 sites and trying to win some of the real great stuff that was given away. I hope you all left with arms full of loot. It ends Halloween night, so you still have time.

After the loot is all put away, I look forward to building up those new relationships, and also, reading some of the writing that was promoted during the week. I still don’t read as often as I would like to, but what I have read has really been top notch. I have been so pleased with the quality. Agents and Publishers should really be fired for letting some of your work slip through their fingers!! 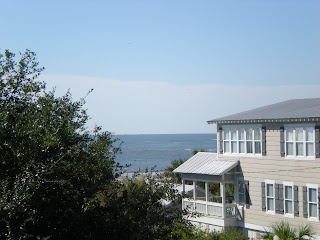 Where did you go? As some of you might have noticed, I appeared to drop off of the face of the earth there for a while. I would like to take a few moments to explain where I was. I accompanied my parents to Georgia for my brother’s wedding. We were gone a week. Part of the time we stayed in their home near Atlanta, and we spent the other part, five hours away near Savannah. We spent a few days in a beach house on Tybee Island which is surrounded by the Atlantic Ocean.

The adventure began as we left on Tuesday the 11th from Fresno, Ca. which is in my back yard, essentially. We flew into Salt Lake City and spent an hour awaiting our next flight to Atlanta. After the week was over, we flew from Atlanta into Dallas/Fort Worth. You should have seen me with my nose pressed against the glass, while I surveyed the ground for Arlington, Texas and the location of God’s football stadium. *grins* Okay, scratch that. We’ll just refer to it as the Jerry Dome. No? Okay, the home of the Dallas Cowboys. In any event, I saw it. How could I not; it’s so large that one could see it from space! We then flew from there back to Fresno, and I was finally home.

The bummer out of the whole trip was my family was unable to accompany me. Both my kids had school, obviously, and school events, and my wife is a teacher. I never could get comfortable with the Eastern Time Zone. I just kept reaching back to the west with both my heart and mind, waiting to call home or text the kids when they got out of school. And I hated Monday night. If I have to wait until 8:30 to watch the Monday Night Football game, I almost don’t care anymore!! I don’t know how you people do it! *grins* 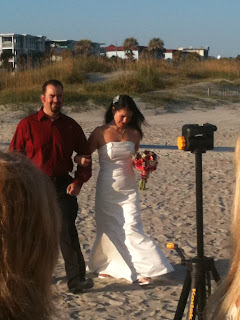 Now, although I was only gone one week, I had to disengage the week before, in order to get prepared. I had to write and schedule two Monday posts, write a Halloween-themed article for Kings River Life Magazine (it was on black cats). This was on top of getting the house ready, preparing my day job to be left in the hands of others, making arrangements, getting packed, etc., etc. During that week, I did no blogging at all. The only thing that I did was Twitter #WW and #FF. In fact, I barely promoted anything, including my own novel or posts. Then, the week I got back was spent catching up. Once again, I did no blogging. 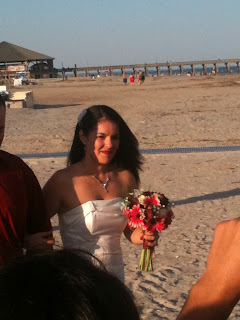 Why am I telling you all of this? It is because many of us feel compelled to do the same amount of promoting, sharing, encouraging, cheering, posting, Tweeting, reTweeting, etc., but it isn’t always easy or even an option from time to time. We just do what we can. That’s what I did during this period, although I was not happy about it. Thankfully, I am not only back, but all caught up.
Do what you can, my friends. Every little bit helps.

Before I go, I really just want to wish my brother and new sister-in-law the very best. Love you guys! 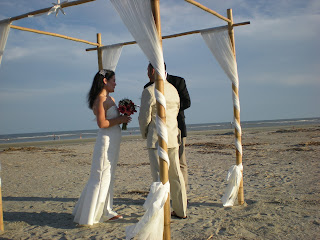