Hello, Fire Enthusiasts. Last week we had a bit of fun with a flash fiction piece. This week we have yet another challenge. I was“tagged” by one of my newest buddies along the world wide web, Diana Murdock. She asked me to list 10 random things about myself. Hopefully you will find them amusing you. They are in no particular order. 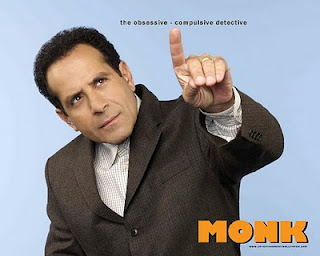 1) I have massive Obsessive-Compulsive Disorder. Okay, massive is probably too strong of a word. I’m most definitely not Mr. Monk here, although that was a great show. My partner at work might disagree. She loves moving my papers around and a doing a host of other irritating things, all in the name of attempting to get me to “get over it”.

2) I’m a frustrated guitar player. I fell in love with rock and roll back in the heavy metal days of the very early eighties, just as the Hair Bands were beginning to take off. Unfortunately, I was already too old. By then, I was working after school and just never had the time to make the instrument part of me. I walk around with a couple of guitar picks in my wallet, just in case. I believe I’m missing a few strings from when my oldest son used to play it and I have yet to restring it. The following photo is quite similar. 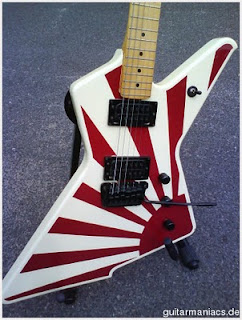 3) Having just told you that I was a hard rock guy, I really shouldn’t confess some of the music that sits on the virtual shelf of my iPod. My first show was Kiss in ’85. I saw Iron Maiden, Motley Crue, Scorpions, AC/DC, Poison, Ratt, Van Halen, Sammy Hagar to name a few; however, I also listen to Air Supply, Bee Gees and Neil Diamond. *hangs head in shame* Okay, I love them – don’t judge! ;)
Here's a photo taken of me with Van Halen back during the Balance Tour. I'm in the dark shirt at the bottom middle. 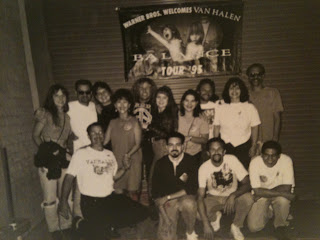 4) The trend of me being weaker than previously thought continues as I confess that although I grew up with Friday the 13th, A Nightmare on Elm Street, John Carpenter movies and profess to write horror that I’m most comfortable watching romantic comedies. My wife doesn’t even have to be in the room for me to do so. I can watch them over and over again, and frequently do.

5) My politics lean toward the right, yet one of my favorite television shows was the left-leaning, The West Wing. I remember watching the first episode since Martin Sheen and Rob Lowe were starring in it. When it was over I had to resist the urge to awaken my wife and inform her that the new show had some of the best writing ever. Of course, it didn’t hurt that it was an Aaron Sorkin creation. That guy is brilliant! 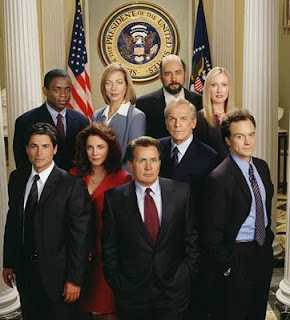 6) As many of us did back in the day, I once sported very long hair. I either looked like the late Ronnie James Dio (Black Sabbath, Rainbow and solo artist) or that I was wearing Darth Vader’s helmet.

7) I can sing, although I never had much training. If I weren’t so busy I would probably join our church choir. I did sing in my old church, but that was well before I realized I could string a few words together and people might like to pay their hard-earned money for them. ;) I can do some low range, but I am more comfortable in the higher ranges. Think: Journey alum, Steve Perry.

8) I like Crown and Cokes during the winter months, but I can drink Long Island Ice Tea’s year-round.

9) Many of you know already, but I am an Administrative Supervisor for Sun-Maid Raisin Growers of California. The lady on the red box– that’s us. The job has me up at 3 am, in the office by 4 am and keeps me there for 11 hours a day during the week. 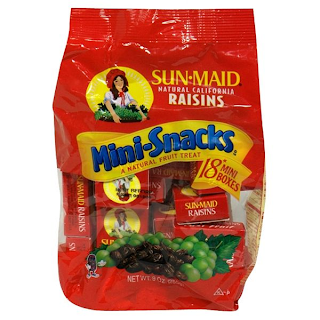 10) Many of you know this already, but for those who are new to these pages, it took me twenty years to write my first novel. I love telling people this because it makes their eyes light up. No, I started writing when I was in school, but later set it aside as my wife and I started our family, etc. 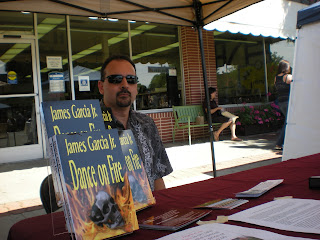