The Film vs The Novel 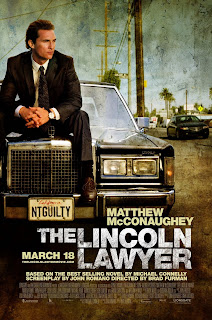 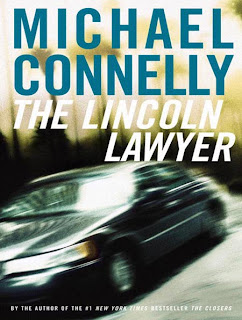 Hello, Fire Enthusiasts. How has your week been?

I thought I would tell you about something that happened this past weekend. For Good Friday, my wife and I took a rare day together, leaving the kids at home (not that they noticed). We started with a late breakfast, did some shopping, saw a movie, did a bit more shopping and then completed the evening with a great Italian dinner. It was a wonderful day and something that my wife and I should do more often; especially having been together for nearly 23 years.

It's the film that we saw that I want to discuss. We saw The Lincoln Lawyer.

I'm not the biggest Matthew McChonaughey fan in the world and, thankfully, he only removed his shirt the one time (Lol!), but I enjoyed the film. It had an all-star cast that included Marissa Tomei, Ryan Phillipe, Josh Lucas, John Leguizamo, Bryan Cranston, Francis Fisher and William H. Macy. For someone my age or older, you'll also be surprised to see a familiar face as Michael Paré makes an appearance. Country music star Trace Adkins also co-stars as does Michaela Conlin who plays Angela on the hit series, Bones.

On top of the great cast, it is a good story, based on the novel by Michael Connelly: Criminal defense attorney Mickey Haller(Matthew McConaughey) operates around Los Angeles County out of a Lincoln Town Car. Haller has spent most of his career defending garden-variety criminals, until he lands the case of his career: Louis Roulet (Ryan Phillippe), a Beverly Hills playboy and son of real estate mogul Mary Windsor (Frances Fisher), who is accused of the brutal beating of a prostitute. But the seemingly straightforward case suddenly develops into a deadly game of survival for Haller.

I thought the film was very good. In many films we spend most of the time trying to figure out what is going to happen, and who the guilty party might be. In this one, we find out who is guilty very early on, and then need to watch and see how Haller must get out of the corner that he is trapped in.

It was because she had just read the book...

The book is almost always better than its film version. Basically, the only ones who might dispute this are people who refuse to read. However, regarding those who love both mediums, this is hardly a debate at all.

Rather than spoil your viewing of the film, if you have yet to see it, I won't take any time to reveal what was so different or altered from the book. I only want to discuss the two mediums. What are your feelings with regard to this subject? Do you read the book first or watch the film first when there is a choice? Why?

Are there some examples where the book wasn't better than the film? I'll stir things up right away by declaring that, since I did not grow up with Tolkien, my initial experience of LOTR came from Peter Jackson's vision. I did finally read the books, but I did not like the staggered approach to time. I didn't care for reading about half of the Fellowship, only to have to go backwards in time and see what the other half of the Fellowship was doing at the same time. It was disconcerting.

I would love to hear what you think.