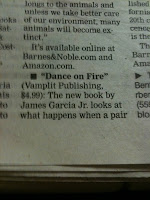 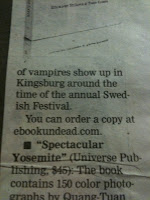 Happy Valentine's Week, Fire Enthusiasts. How did your day go? Were you able to spend time with the one who means the most to you? I hope so.

My wife and I spent a half day together Sunday afternoon without kids. We went to lunch in town and then headed to Fresno, which is our large neighbor to the north, in order to watch a movie. As much as I wanted to watch The King's Speech once again (It had better win the Oscar or I'm going to be ticked!!), we watched The Company Men. It was good. That's the film about lay-off's that affected both the ordinary worker as well as high-end executives. It starred Ben Affleck, Tommy Lee Jones, Chris Cooper, Craig T. Nelson and Kevin Costner. It was very good, but made me feel self-conscious about spending money when we went to Costco later that afternoon. Lol! I suppose that was a good thing. So, I'm writing this post with a tall glass of water, rather than the Crown Royal Whiskey that I might have had had that damn movie not crawled inside my head. ;)

The evening concluded with a thrill. Recently I was featured in my town newspaper, The Kingsburg Recorder. Without any help from me, the much larger newspaper, The Fresno Bee, featured the snippet above. The reporter informed me Monday morning that they no longer reviewed books; however, it was still a treat to open up the Spotlight Section of the Sunday Paper last night to find that I was in there.

Before I go, I would like to point those of you who like scary movies to check out the review that I posted Monday morning over at Something Wicked This Way Comes. It is the blog that is shared among four Vamplit Writers. I say that it is shared, but really I have had very little to do with any of the reviewing there. Mostly it is Marissa Farrar and Nicole Hadaway who do all of the work. Saturday, I finally got around to watching the film, Let Me In. It is a vampire story that breaks the mold. If you like vampires...and I know you do...you should really check it out. I really don't watch horror anymore, but this film is special. After you check that out, think about giving us a follow.

That's about all for now. Have a great week.