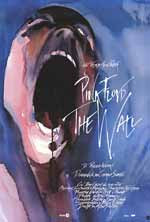 How's that for an attention getter?

Good morning and happy weekend, Fire Enthusiasts. I went with Pink Floyd this weekend for a couple of reasons:

First, I'm still in that 'tween stage where I know a lot of folks are beginning to discover my novel, Dance on Fire, but I have yet to hear very much in the form of reviews. I have been asking for a couple of weeks now, so it is a little disheartening. However, I know they're coming. A local Central Valley magazine, Traffic Magazine, has read the novel and indications are that a review is coming, perhaps as soon as their next issue. I have participated in a Q & A session with the Kingsburg High School. Their next issue of the Viking Voice Newspaper will carry both that as well as a favorable review. This is potentially a huge boon for me because they represent perhaps my target demographic. I know I simply need to be a little more patient, although it has been a bit maddening. Don't worry. Unlike Pink in The Wall, I have yet to begin shaving my eyebrows off or spent the day staring endlessly at the television.

Second, I have been doing this blogging for a month or so, but with little in the way of comments. Sometimes it feels like I'm on a remote mountain-top, broadcasting an independent radio show that has no interaction with others, so I am unsure whether anyone might be following. Is There anybody Out There? My thanks to the nine folks who have graced my blogspot. I hope you are well and successfully pursuing your interests with a measure enough of success as to make it all worthwhile.

I'm not going to write a short story this week like I did last time. I'm going to keep it short and sweet.

For anyone else who might be going through similar periods of being between phases, perhaps we'll have to do a better job of encouraging one another to see it all through. Often-times, it all feels like that last verse that completes the soundtrack to The Wall:

"...after all, it's not easy banging your heart against some mad bugger's wall."

Oh, and one more thing. I know it's only Saturday, but I still entitled the post: Sunday Morning Musings!

I told you I wasn't crazy.

I am a writer, however, so there is that!