Hello, Fire Enthusiasts. Now that summer is officially in the death throes I have finally climbed out from beneath my air-conditioned rock. *laughs* You folks who know me know full well that I think summer is over-rated. Of course here in central California our winter is a season in name only. It might get grey and there will be Tule Fog, but that's about it. I realize that if I actually had to live through a real mid-west, upper east coast kind of winter, I might be a lot less cavalier about it.

Well, summer isn't the only think that's dying around here. If you follow me on Facebook you know that my youth is dying as well. As I type this note I am sporting my new glasses. Yep, I understand I now belong to the distinguished-looking group! What say you? Thankfully I only need to to see the real small print... 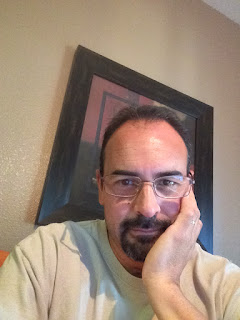 Anyway, I'm cool with it. Go ahead and give me your comments. I'm just glad I can read a menu again, and certainly the bill!
"How much does this say, Dear?"
"If you wouldn't have had that second drink..."
"No, I'm trying to figure out the tip." *sigh*

I have had two book events since last we've spoken. The first was a release event for Infernal in my hometown. It was held at the store that sells my books. I did pretty well there. I signed about 33 copies, if memory serves. We were slammed that first hour, but it was a lot of fun. There were certainly friends and family in attendance; however, a lot of fans came out, too. That never gets old! 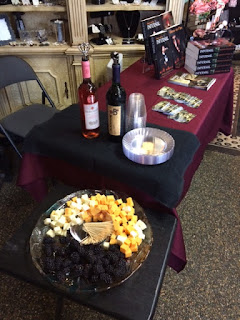 The other was a street event where downtown was closed off and there were bands playing on stages on either end. It wasn't bad, although it was all day and quite warm. I only signed about 18 copies or so, but four new people bought all four books at once, and many others stopped by to get to know me and what I do. It's what it's all about, isn't it? I have another event coming up on Halloween morning at my local library. It sounds perfectly delightful to me and I'm looking forward to sharing. More on that later... 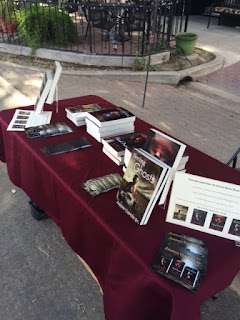 My wife and I took some time to get away again. We headed for the coast to attend a concert in Paso Robles at a relatively new amphitheater that turned out to be really cool. The weather was great in the evening and I finally got to see Tears for Fears. It was a very good show, and I'm hearing rumors of a new album in the works. 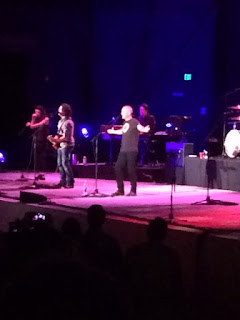 I finally have a website. I've been fairly quiet on that front because I wanted to live with it for a time before letting the proverbial cat out of the bag. Before this I had been using this blog as my base of operations. Hopefully, this new site will be another step forward in my attempt at global domination. *winks*


Lastly, I am taking part in a vampire books for blood event this month which benefits the Red Cross. If you have yet to take a bite into my crossover vampire series, this would be the month. 100% of the proceeds for each and every ebook sold this month will go to the American Red Cross. It's a very cool event and I hope people will consider buying. You get the book(s), I have the word spread about them and the Red Cross gets the money. It's the brainchild of author Scott Burtness and there's a bunch of vampire authors participating. Check them out here.

That's all for now. Thanks for stopping by. We'll talk soon.