A Multitude of Halloween Giveaways


Happy October, Fire Enthusiasts! Wow! Is this month crazy or what?

This month – and it all seems to be converging at the same moment - we’re gearing up for Halloween with three events. We’ve got Coffin Hop 2013; Author Milo James Fowler’s brainchild, CreepyFreebies; and Author Ash Krafton’s Fall into Fantasy Giveaway. Not only are there opportunities to snag free copies of my books during this time, but altogether there are easily over a hundred other authors giving away their books and author swag.
As I mentioned, Author Milo James Fowler is hosting Creepy Freebies. Every Friday during the month we’re giving stuff away and mine is next. I’m giving away multiple Kindle copies of my latest, Seeing Ghosts on Friday, October 25th. You can enter by placing the book on your Goodreads shelf or liking my Facebook Author page. Just let me know who you are with a comment and tell me what you did. I’m easy that way. 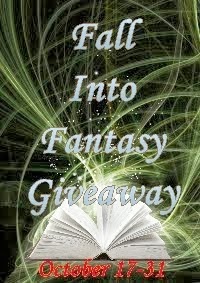 Next we have the Fall into Fantasy extravaganza, hosted by author Ash Krafton. She’s awesome-sauce and she’s got a fabulous giveaway on her site. There are over 50 authors participating, and with so many books and swag opportunities it is not to be missed. The contest started October 17th and runs through until Halloween. I’m giving away Kindle copies of Seeing Ghosts there as well. 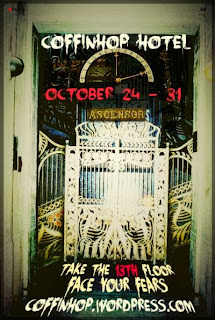 Last, but certainly not least, we finish the month in grand fashion with Coffin Hop 2013. Every year the group of authors participating seems to grow exponentially, and so does the stuff that is given away. It is so big that it will take you the entire week to get through the hop! And it will be so worth it. Head on over to the Coffin Hop site and take a look down that list of sites participating. Perhaps the highlight of the event is the Coffin Hop: Death by Drive-In Anthology. It is a collection of stories from some of the best of the Coffin Hop members with all of the proceeds going to LitWorld.Org (a non-profit organization that supports child literacy.

I will be giving away Kindle-copies of all three of my books, including a grand prize winner who will receive them all. Adding the book you want (Dance on Fire, Flash Point (book 2) or Seeing Ghosts to your Goodreads shelf or liking my Facebook Author Page gets you in. Just leave a comment as to which book you want or if you want them all. At the end of the contest I will choose multiple winners out of a hat.

Before I go, these are the books I’m giving away:

Paul Herrera hasn’t worked, left town or done much of anything since the untimely death of his wife two years before. He suddenly finds himself bequeathed a mysterious old house near the California central coast by a deceased aunt that he never knew. The woman who showed it to him and handed him the keys is the spitting image of his dead wife, taken from him two years before in a senseless car accident which also took from him his unborn son. While he deals with the ghosts of a past that he cannot let go, there are new ghosts as dead Aunt Flora is not content with eternal sleep, but continues her unholy quest to be rejoined with her dead husband on this side of the grave.
Flora isn’t the only ghost that Paul must deal with, alone for the week in the expansive two-storey house that he will soon discover holds many secrets. Eventually, he will see that he is surrounded by ghosts, both the ethereal and those that only haunt his memories, as he struggles to hold onto the only thing that he has left in this world: his sanity.

Each May, the Central California town of Kingsburg celebrates its Swedish heritage with the annual Swedish Festival: a weekend event where the town puts on its traditional dress, culminating with a dance around a Maypole on Friday, and a Swedish pancake breakfast and parade on Saturday. The town with a population of over 11,000 residents draws thousands more to the event. This year, two uninvited guests also converged upon the unsuspecting town.
Nathaniel is a vampire. He wandered into town, bothering no one; feeding upon stray cats and other vermin, wanting nothing more than to have a place to rest his head. Vincent is a second vampire, and the one responsible for making Nathaniel. He has been searching for his long lost “son” for well over two centuries. Vincent’s goal is to take Nathaniel home or kill him. Nathaniel has often wished for death, wondering why God ever allowed this punishment: to walk the earth undead and unable to be redeemed. Does God remember the little boy from Romania who watched his parents die, was raised by the murdering vampire, only to become one himself? What does God think of Nathaniel and could there yet be redemption for one outside of heaven?
Ten days before the start of the Swedish Festival the most tumultuous week in the history of Kingsburg has begun with two vampires leaving death and destruction in their wake. Kingsburg Police Detectives Mark Jackson and Michael Lopez, Barbara and the entire Lopez family find themselves drawn into something that threatens to destroy them all or leave them scarred forever.

Five years after the death of their only child Tiffany, Steve and Angie Rosen receive an unexpected guest to their Morro Bay, California home: their daughter. She comes with a tale of having suffered a terrible head wound in the fire that took their Kingsburg home, causing her loss of memory and migraine headaches that force her to hide from daylight in order to prevent. Tiffany's reemergence is treated like Manna from Heaven; however, her story is only half true. Tiffany is a vampire and their daughter in name only. She sleeps during the day and hunts for human blood during the night, and has come back to enact a twisted revenge upon those who ruined the plans of her master, the notorious vampire, Vincent. And she is not alone.
Five years after the terrible events that reshaped the Swedish Village, Kingsburg lies unsuspecting as five vampires descend upon her with a great evil in their black hearts.
Five years after old wounds have finally healed and the old fires were thought extinguished, Police Chief Michael Lopez and Officer Mark Jackson and their families find themselves surrounded when fires blaze anew. The good vampire, Nathaniel, has pledged his service to these people, but he is no longer among them. He lives high in the Oregon Mountains near the California border, seeking whether God might have a place in His kingdom yet for him.
When Nathaniel discovers that Tiffany has returned, will he be too late to stop her? And will his desire to protect his friends destroy what God has begun in him?
It will all begin with a Flash Point.