All Good Things Must End 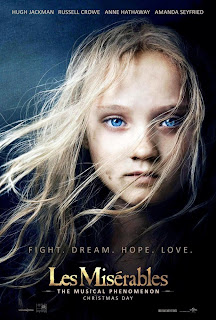 Hello, Fire Enthusiasts. How's that new year treating you so far? Mine has been great, but now I have to go back to work. Yeah, my two week vacation is over. Sorry if that title made you think I was finally quitting this crazy writing business. One day I might, but I'm not done just yet. I still have some stories to tell.

If you have been here a while, you may recall that I was ill for the entire two weeks last year at this time. I had plans to get all sorts of writing done that year, only to find myself wrapped up in a blanket on the couch, watching movies. Thankfully, I didn't get sick this time, not from lack of trying on the part of my family. Poor things. All three of them were sick. How I got off so easy, I don't know, but am very grateful. How about you? I saw on Facebook and Twitter that a great many of you succumbed to illness, too. For those of you who were ill, I'm sorry. I hope you're better now.

Now, it would have been very easy for me to plug myself into my trusty laptop for the entire two weeks and busy myself with writing and social networks. I did do some writing. I completed an editing project and began working on draft two of my WIP; however, many of you who know me well will be shocked to hear that I turned off my computer a lot more than you might have thought...and went to the movies. 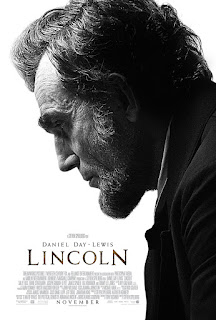 My wife and I went several times, sometimes I went with the teenagers and more often than not we curled up on the couch and plugged into the latest releases on Xfinity. I saw The Hobbit, Lincoln, and Jack Reacher (No swearing! Some of you are pretty pissed over Cruise in this role. For my part, I still have yet to read Lee Child, so please forgive me my ignorance. *smiles*). Of all the films we saw, the one that sticks with me is Les Miserables. I knew next to nothing of the story, only knowing there was a book and Broadway production. Little did I know! I'm more of a West Side Story fan, you see. I have been to Jesus Christ Superstar a few times, and did attend The Phantom of the Opera on Broadway during our trip to New York City two years ago. If you have yet to see it, you really must do so. Why filmmakers had yet to attempt allowing the actors to sing on camera, rather than lip syncing a previously recorded playback, I guess had to do with the amount of work and technology involved. But I bet they never go back. These performances are brilliant!

At home, I watched a handful of Christmas films, of course, but also got caught up on things I had missed. We saw Trouble with the Curve, Hope Springs and...(do I really want to admit this?)...okay, but only for the sake of equal time: My wife and I watched Magic Mike. *hides embarrassment* Not really. I'm not so prudish. Actually, my only complaint was language. I would have liked it better without the prolific swearing going on. I don't mind swearing. Sometimes it's just a bit much or out of character. Anyway, you ladies might not mind a bit of language as long as some of your other senses are being stimulated. *winks* 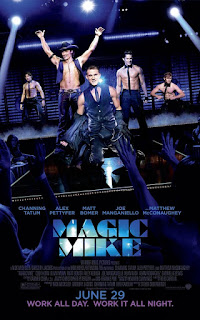 Well, my vacay is over, and it's time to get back to the day job. It's also time to climb back onto my treadmill. There was too much to do, too much good food, too much drink, way too many goodies sitting around the house, and too much sitting down. I've got an extra ten pounds that I didn't have mid-December that I need to shed. *sigh*